The purpose of the present study is to examine the levels of motivation among Greek bank employees. Motivation refers to the function of several factors, either internal or external, which are likely to affect and activate a person's behavior. Several aspects of motivation have been distinguished and described, like intrinsic motivation, extrinsic motivation and a-motivation (absence of motivation). In addition, the employees' levels of motivation are likely to be affected by several demographic characteristics. For the collection of the data, the Work Motivation Inventory – Greek version (WMI-G) was used. The inventory was created by Christodoulidis and Papaioannou (2002), based on the Work Motivation Inventory created by Blais, Briere, Lachance, Riddle and Vallerand (1993). It consists of 35 questions under the general question "What pushes you to do this job?" corresponding to five factors: "Intrinsic motivation" (12 issues), "Identified regulation" (4 issues), "Introjected regulation" (3 issues), "External Regulation" (6 issues), "Amotivation" (10 issues). The answers were given on a seven-point Likert-type scale (1 = not responds at all, 7 = corresponds exactly). The sample of the study consisted of 172 employees of Greek banks and credit institutions. The results of the study showed that work motivation among Greek bank employees is likely to be partially affected by several demographic features, like age, gender and educational level. However, further investigation should be carried out in the Greek population, so that work motivation is well studied and promoted.

The purpose of the current study was to examine the relation between motivation and job satisfaction among Greek bank employees. In particular, the study examined the possible positive relationship between the self-determined, independent forms of motivation and the factors of job satisfaction and the possible negative relationship between the non self-determined forms of motivation and the factors of job satisfaction. The research sample consisted of 172 bank employees. For the collection of the data, the Work Motivation Inventory – Greek version (WMI-G) was used. The inventory was created by Christodoulidis and Papaioannou (2002), based on the Work Motivation Inventory created by Blais, Briere, Lachance, Riddle and Vallerand (1993). It consists of 35 questions under the general question "What pushes you to do this job?" corresponding to five factors: "Intrinsic motivation" (12 issues), "Identified regulation" (4 issues), "Introjected regulation" (3 issues), "External Regulation" (6 issues), "Amotivation" (10 issues). The answers were given on a seven-point Likert-type scale (1 = not responds at all, 7 = corresponds exactly). The tool which was used for the measurement of job satisfaction was the Employee Satisfaction Inventory, ESI, created by Koustelios, 1991. It included Sdrolias-Belias-Koustelios-Golia-Koutiva-Thomos-Varsanis, 82-101 9 th MIBES INTERNATIONAL CONFERENCE 30/5-1/6 2014 83 24 questions, which measure six dimensions of job satisfaction: 1. Working conditions (5 questions), 2. Earnings (4 questions), 3. Promotions (3 questions), 4. Nature of work (4 questions), 5. Immediate superior (4 questions) and 6. The institution as a whole (4 questions). The research results indicate that the highest the motivation the highest the job satisfaction of employees. However, further investigation should be carried out in the Greek population, so that occupational phenomena like work motivation and job satisfaction are well studied and promoted

The contemporary cultural environment makes urgent the strengthening and the adjustment of production structures and supply of art and culture. It is certainly depending on the individual involvement, the evolution of the economic and social conditions, the requirements and the expectations for which the effective exercise of the cultural policy of each Member presents an outstanding priority consideration. It seeks that the produced cultural products have high quality and competitive nature, able to attract the interest of the public. In this context we should unavoidably takes into consideration the activities of the cultural enterprises, they are required to preserve their viability, to renew the productive operational practices and to meet the high cultural requirements of the area in which they are active. A typical case study of one of the most important cultural organization of Karditsa Municipality is the Municipal Cultural and Public Benefit Enterprise of Karditsa (DI.KE.K.). This organization attempts to outline the cultural environment, to identify the factors that are responsible for the organizations’ production weaknesses and last but not least we are going to propose a formation of a dynamic production network that is expected to ensure a high level of value and produced cultural products which can meet the cultural needs of the public in the local and the regional level. 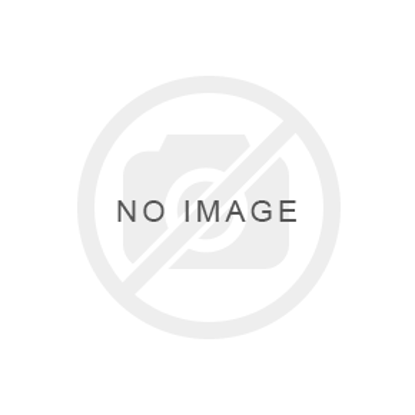 The purpose of this study is to investigate the relation between organizational culture and job satisfaction. In particular, the research hypothesis is that the type of organization culture in a specific institution is able to predict the levels of job satisfaction among employees. For the measurement of job satisfaction in the present study, the Employee Satisfaction Inventory-ESI (Koustelios, 1991; Koustelios & Bagiatis, 1997) was used. The inventory was created using Greek employees as a sample. It included 24 items , which measure six dimensions of job satisfaction. The assessment of organizational culture was performed with the Organizational Culture Assessment Instrument (OCAI) developed by Cameron and Quinn (2006). It included six questions (Dominant Characteristics, Organizational Leadership, Management of Employees, Organizational Glue, Strategic Emphases, Criteria of Success). Each question had four alternatives (A=Clan, B=Adhocracy, C=Market, D=Hierarchy). According to the results, there is a significant difference between all aspects of current and preferred organizational culture types among employees of Greek banking institutions. The majority of employees would prefer to work in a more friendly environment, where mutual trust and informal relationships among colleagues are dominant, personal ambitions are taken into consideration and teamwork is rewarded. Moreover, the present study showed that organizational culture can partially predict the levels of employees' job satisfaction. In particular, the adhocracy and the market type are more likely to make employees dissatisfied with their salary, while the opposite happens with the hierarchy type. Nevertheless, further investigation is needed, so that Greek bank employees' job satisfaction is being well studied and promoted.

The remarkable and multilateral developmental impact and perspective of H.E.Is is widely known. Moreover, the spread of competence and technological innovation should not be a privilege for a few people who have the possibility of acquiring knowledge and skills from the International Academic Institutions. Unfortunately, raw reality remains the same and in order to be reduced, the “conventional” Academic Institutions ought to evolve constantly and develop more remarkable international collaborations in order to be able to exist, operate and contribute to the strongly competitive environment. Based on the above references, the undergraduate course of the Department of Business Administration, Faculty of Business and Economics, of the Technological Educational Institution (T.E.I) of Thessaly is being evaluated through the Benchmarking process as it has been defined by the Hellenic Quality Assurance & Accreditation Agency (H.Q.A), as well as with the standards of other internationally recognized and accredited institutions (e.g. European Association for Quality Assurance in Higher Education – E.N.Q.A, Chartered Management Institution – C.M.I etc.) in order to detect any deviations that would need specific suggestions and improvement procedures able to make this Department strongly competitive.
Δημοφιλεις ετικετες
Προβολή όλων